With co-director Mark Devenport I recently completed the official music video for Snow Ghosts ‘Lied’, their upcoming single released on April 29th by Houndstooth. The band provided the start point by telling us they wanted something closely related to the cover artwork, and thought the video should feel a bit rough and raw. 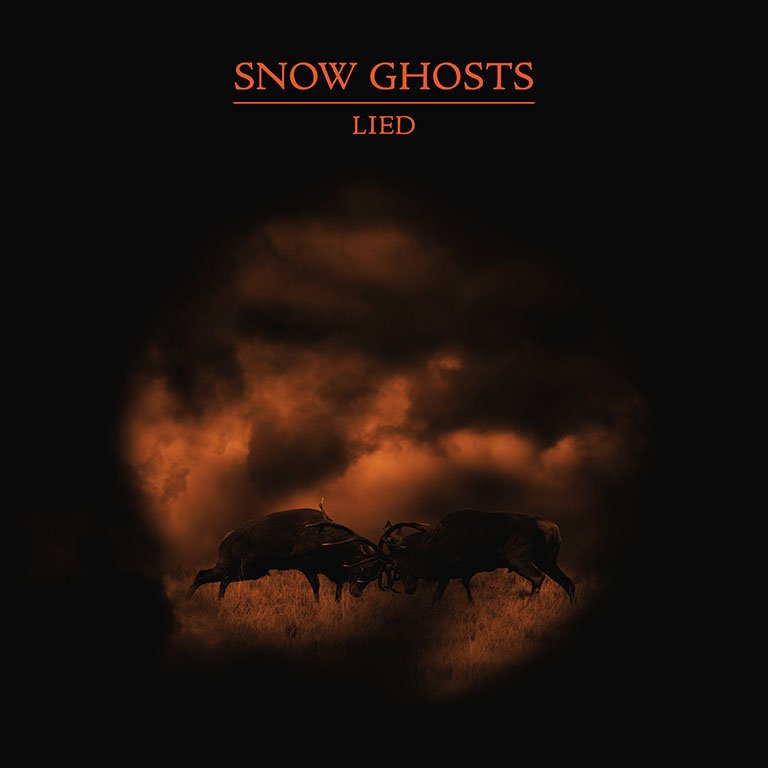 Starting from that image of two fighting stags under a stormy sky we decided to incorporate lots of vintage archive of natural chaos – the wilderness, forest fires, volcanoes, lightning. I also shot some extra footage of deer and wildlife as close-up as possible – faces, eyes, hooves and all that – and worked it together towards a dramatic peak alongside the song’s building crescendo.

I filmed the deer at Wollaton Hall, home of Batman, where they let a few dozen deer roam free range. Crawling towards them on my hands and knees with a little camera and tripod I was sincerely hoping they wouldn’t tear me open like a crisp packet with those antlers. If you’re wondering what a deer looks like when it wants you to piss off and leave it alone, it’s roughly this: 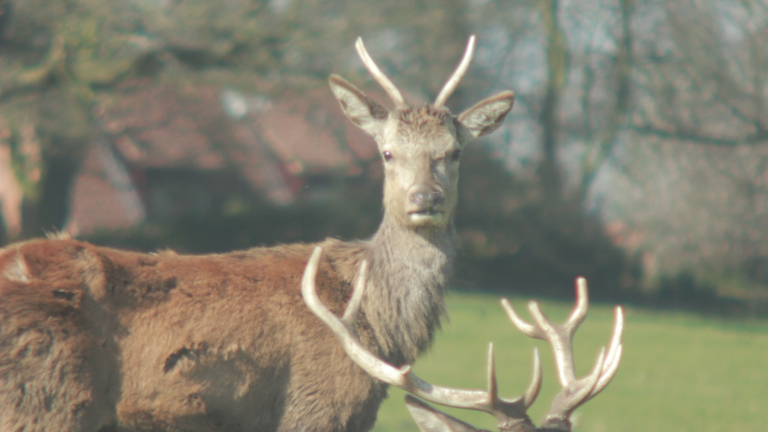 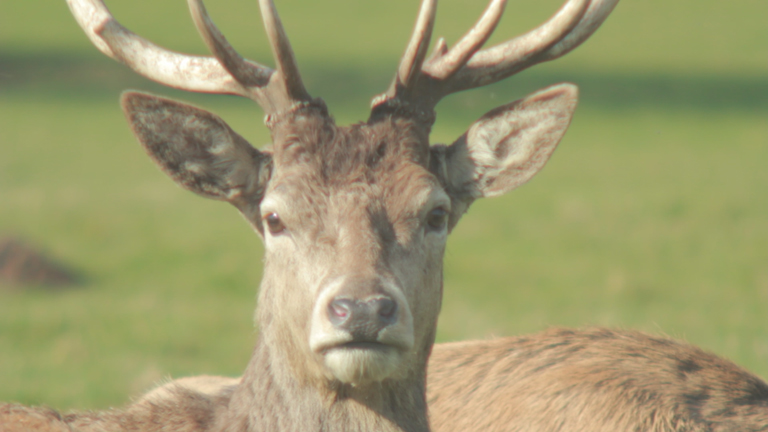 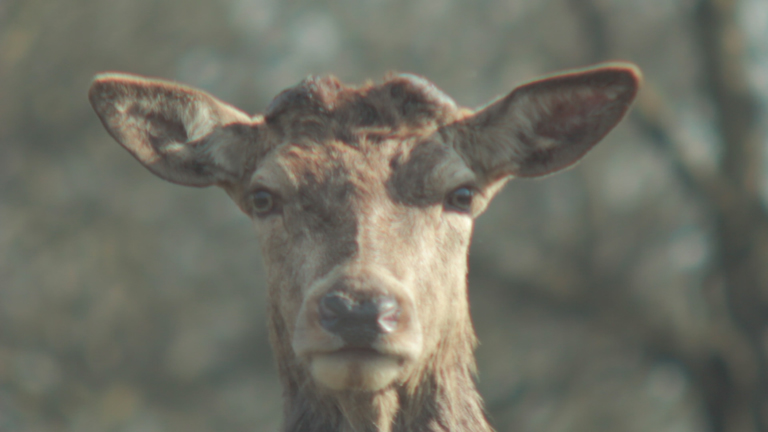 We were initially thinking of various ways to film some smoke or time-lapse cloud footage but I decided to do a DIY Cloud Tank, a technique used in Close Encounters of The Third Kind and Raiders of The Lost Ark. But whereas Spielberg and his DP Douglas Trumbull were using a 2000 gallon 7ft glass tank I used, er, a flower vase measuring about 1ft. And where they used a specially mixed white tempura paint I used, er, single cream from the corner shop. And where they injected the paint mixture using a compressor and electronic valve connected to an “atomic arm” I used, er, my children’s Calpol syringe. Still the results are pretty good and that’s the main thing, right? Watching the billowing cream is so hypnotic and visually interesting we almost scrapped the rest of the video to just use that for the entire 6m 30s duration. 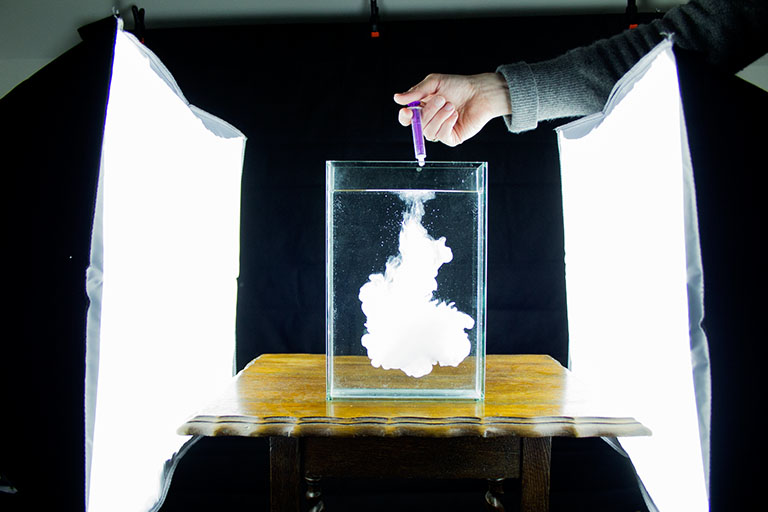 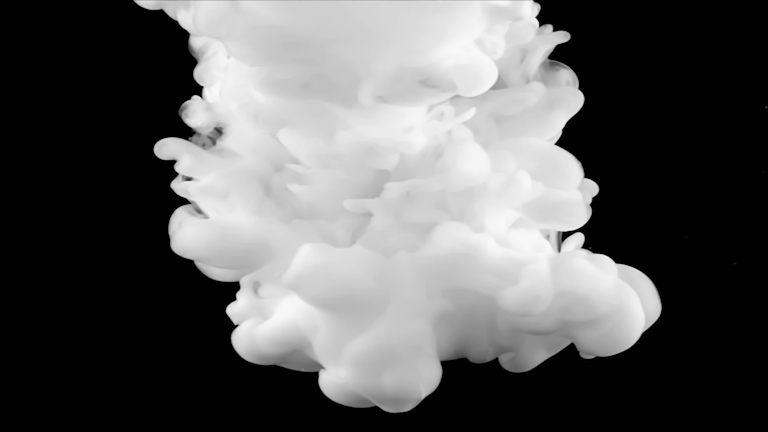 The final stage of the video was to grade everything into a limited colour palette of black and white with touches of that signature orange colour from the cover artwork. Using Davinci Resolve I was able to colourise just specific parts of the original black and white footage, like the flames in the forest fire sequences. The bits of cutout and comping I did were done in After Effects.

Researching and finding good and usable archive took a couple of days at least. Most of the vintage archive video, some of which dates back to the 1920s and 30s, has been sourced from the Internet Archive. Then some additional material has been harvested from youtube and an excellent free stock footage site called Beachfront B-Roll. Everything used in the edit that wasn’t generated by myself is in the public domain and presented on a Creative Commons Attribution license. That means I need to provide due credit, so here goes:

To be honest I think I could have tinkered with this video for a long time, there are possibly endless interesting ways to combine the different footage in ever more complex layers. But you have to draw the line somewhere and we got this done start to finish in about two weeks. See the finished video here, and for more information or to buy the track head over here.