Whiskers and Jane is screening at the London Short Film Festival 2017 on Jan 7th at Hackney Picturehouse. Featuring in the “‘Til Death Do Us Part” strand, this is a collection of dramas that “give us a varied look at love and long term relationships”.

Starring Rupert Proctor (Notting Hill, Tinker Tailor Soldier Spy) and Cosima Shaw (V for Vendetta, Doctor Who) and directed by Mark Devenport, I edited and graded this short last year. My previous film collaboration with Mark was Gary The Rapper vs Stefan Blix, which also screened at the LSFF in 2015, and can be seen on my Shorts page.

Whiskers and Jane follows a former rock singer with some previous small success who finds himself deep into middle age, out of shape and unemployed. Having lost his mojo he now worries that he will also lose his wife, the artistic and outgoing Jane. Cooped up in the house and living as a borderline recluse, his fragile ego is taunted by the sight of his young and muscular neighbour who frequently passes the time working out in his front garden. Yet there is perhaps something about this neighbour that is too perfect to be believed… 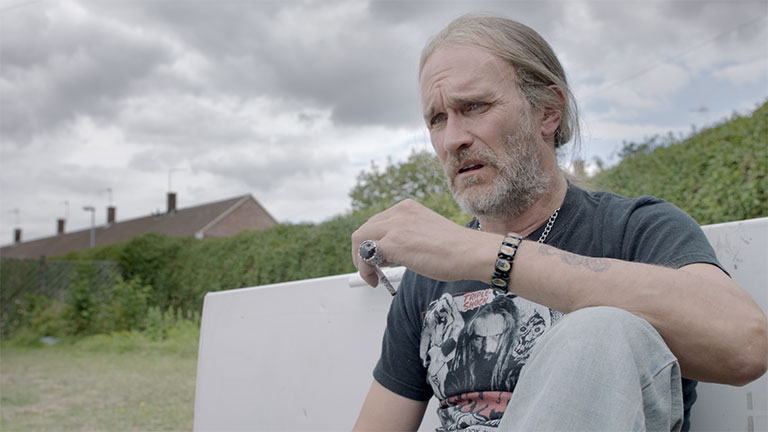 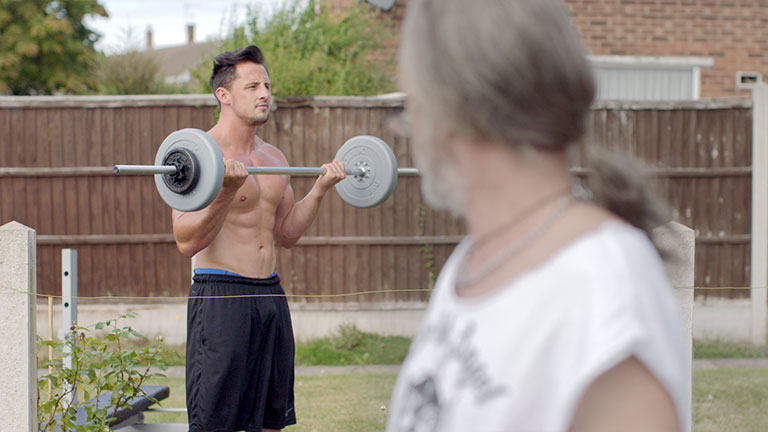 Whiskers and Jane examines male pride and loss of self with both humour and pathos. It steadily builds to a carefully choreographed and chaotically funny conclusion which shows what can happen when damaged ego, desperation and alcohol are all mixed together while forming a plan to save your marriage.

Featuring some really great, nuanced performances from the two leads and shot in a precisely composed way by NFTS graduate Alistair Little, I enjoyed working on this. As well as the edit and grade I also did some FX shots involving the painting out and combining of certain elements to help create a magical realism that is at the centre of the story. When the film has finished its festival journey I’ll post it over on the Shorts page.