I recently did the grade and online edit for Don’t Take Me Home, released in cinemas nationwide on March 1st and to be broadcast on BT Sport at a future date. Directed by Jonny Owen it tells the behind-the-scenes story of Wales’ remarkable journey to the Euro 2016 semi-final, becoming the smallest country ever to get so far at a major tournament. 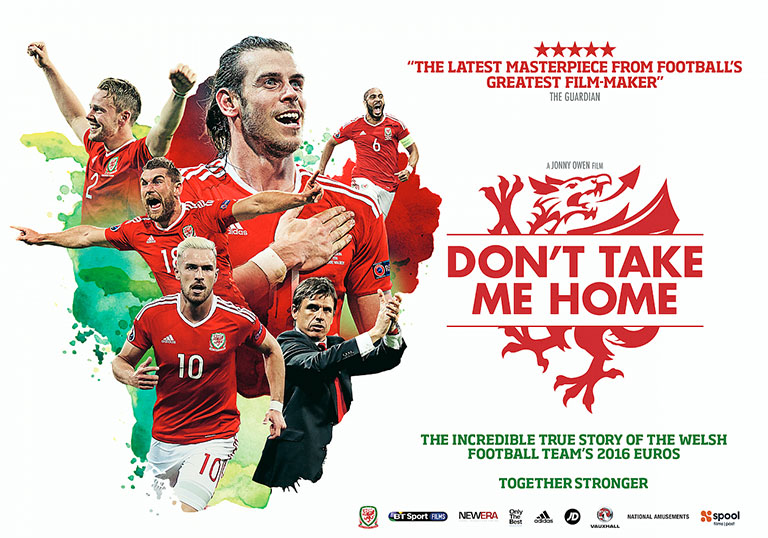 Don’t Take Me Home is assembled from various sources – vintage archive, newly filmed interviews, Euro 2016 match footage, internet clips, plus GoPro and mobile phone footage filmed by the players themselves and also by the fans on tour in France.

Across all of these sources was a mixture of SD, 720 and 1080 HD material, a mixture of progressive and interlaced, a variety of different codecs and six different frame rates. In essence my job was to take all of those elements and up-res, re-speed, re-frame, polish and tweak until I could achieve the cleanest possible sources for the masters.

We ultimately needed three separate versions: a 1080i50 for TV broadcast on BT Sport, a 1080p25 for DVD release, and a 24p for a 2k Flat DCP for the cinema release.

In terms of the grade I started with the interviews as they drive the whole film. Jonny conducted interviews with a range of the people at the centre of the story, including manager Chris Coleman and players Gareth Bale and Aaron Ramsey.

Each interview was shot on two cameras – the Canon C300 and the Sony FS7 – so the first job was to balance the two differing looks. Here is the ungraded footage of Joe Allen as captured on Cam 1 and 2: 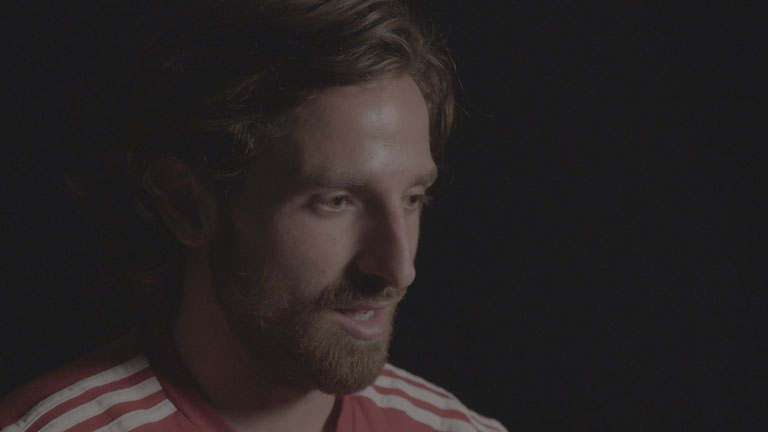 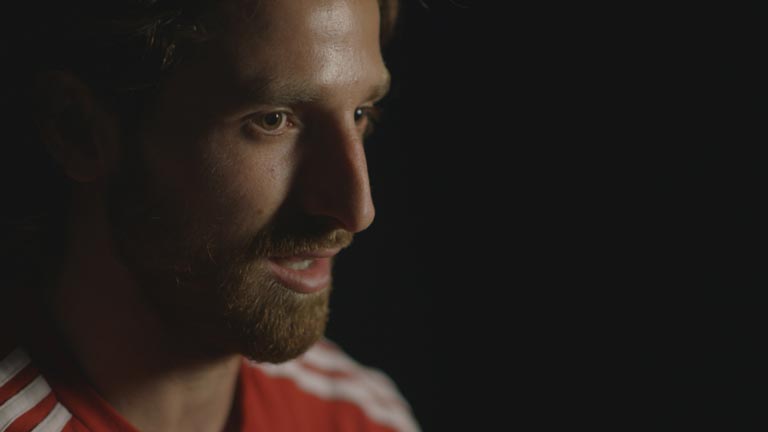 So clearly there was some difference between the two to reconcile, with the FS7 producing a higher contrast image as opposed to the C-log of the Canon. The FS7 made people a bit shiny in the highlights on their foreheads so I tried to calm that down by reducing the gain in those areas. The C300, although it can’t really be seen in these small frame grabs, was prone to introducing noise into that black background.

To clean the noise I raised the black point behind them to about 5 IRE using Resolve’s soft clip feature and then crushed against that using the Log controls. Not something I’d normally look to be doing but it removed all detail from the background resulting in a nice clean and consistent black tone.

All of the interviews were filmed against this black background so my aim was to push the contrast up and strengthen the shadows to accentuate the “With The Beatles” look captured in-camera.

But I didn’t want to take the backgrounds down to pure black because I needed to avoid the subjects’ faces becoming isolated and floating in space, hence why I kept the black somewhere around 5 IRE. It possibly doesn’t reproduce in these images but I was very careful to retain some detail in the dark side of their faces.

The final thing I did to the blacks was to add a touch of blue to create a complementary contrast against the skin tones, though I left it pretty subtle. Here is a range of the interviewees across the two cameras: 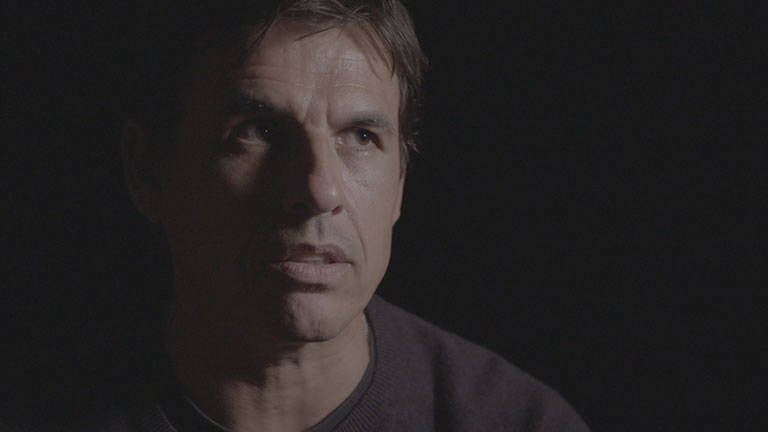 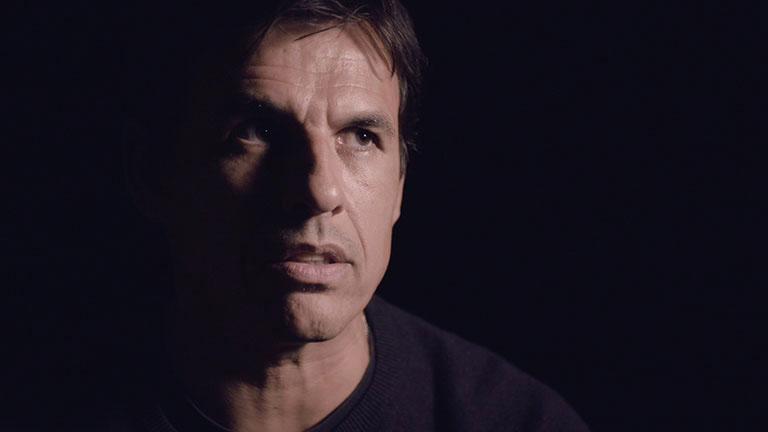 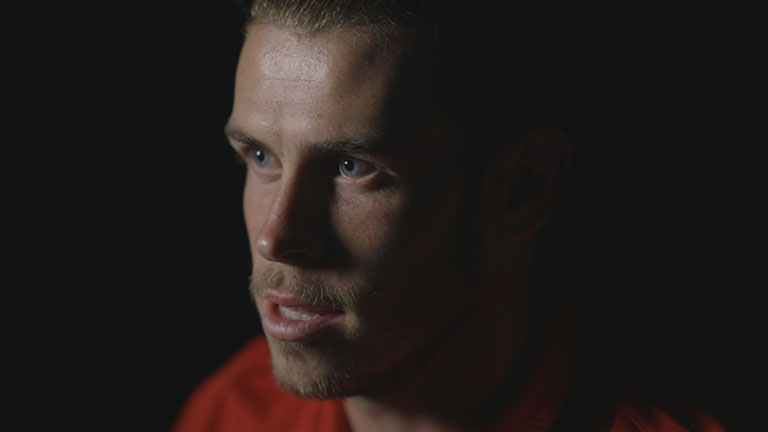 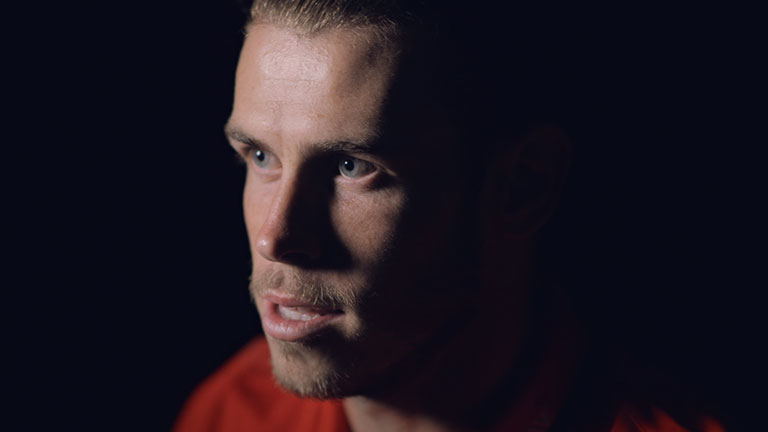 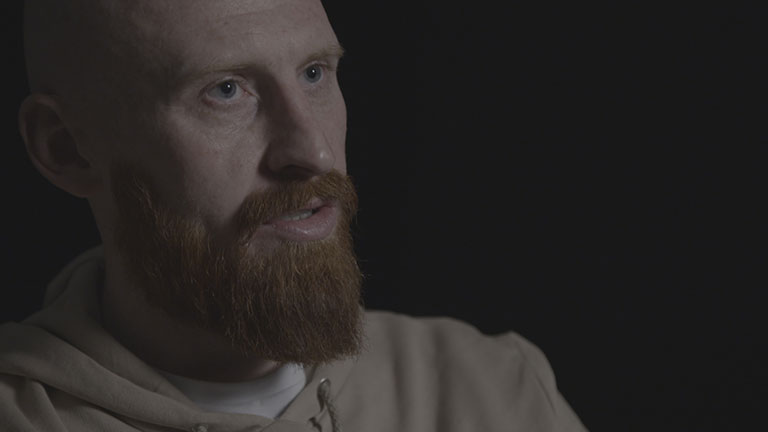 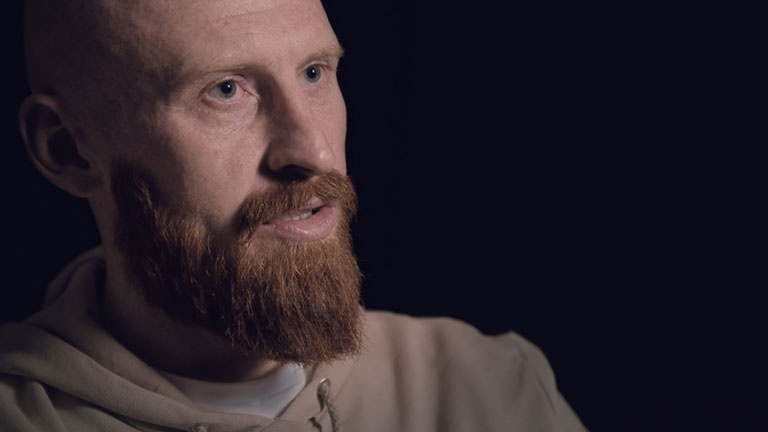 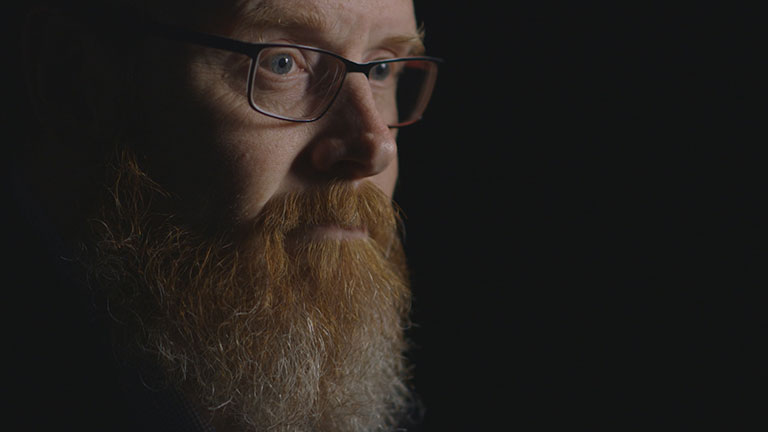 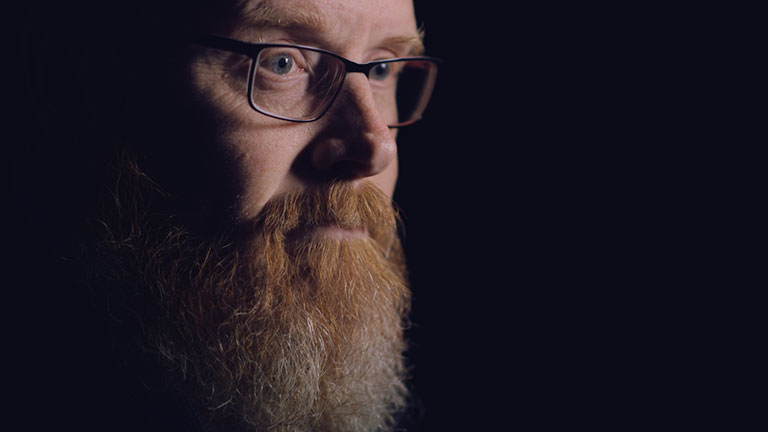 When it came to footage that had been previously acquired for sports TV broadcast I tried to soften out the harsh TV look. Here we can see two different press conferences that had a pretty ugly green colour cast and general harsh lighting, both of which I moved into a gently softer and warmer look whilst also using the subtle blue-in-the-blacks look from the interviews: 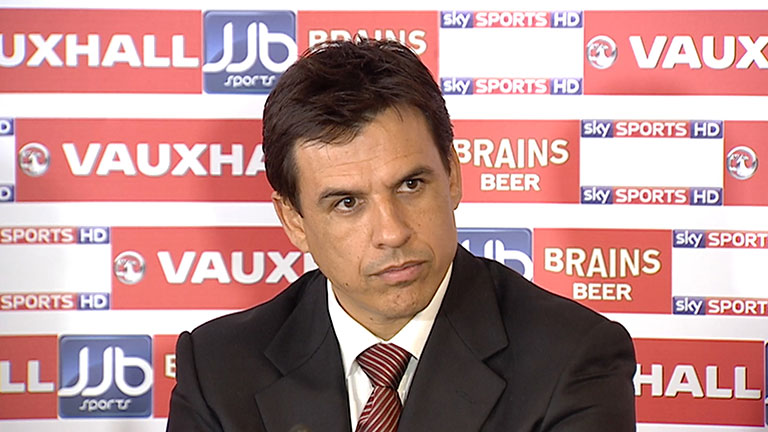 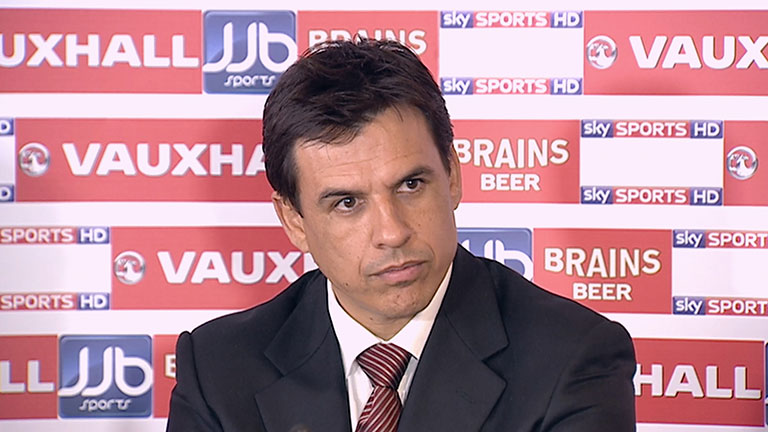 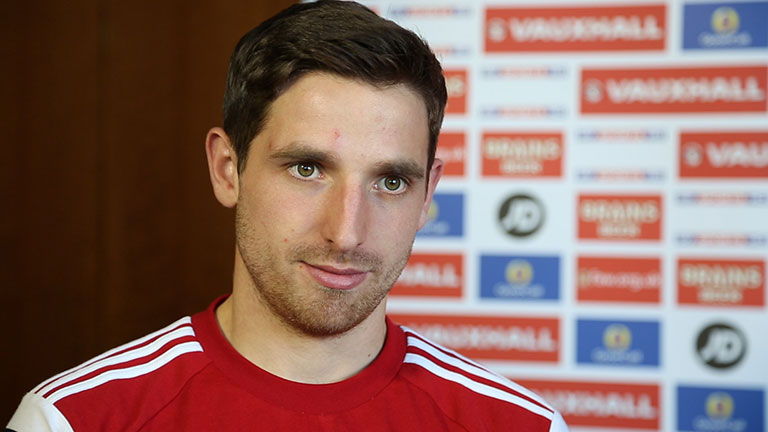 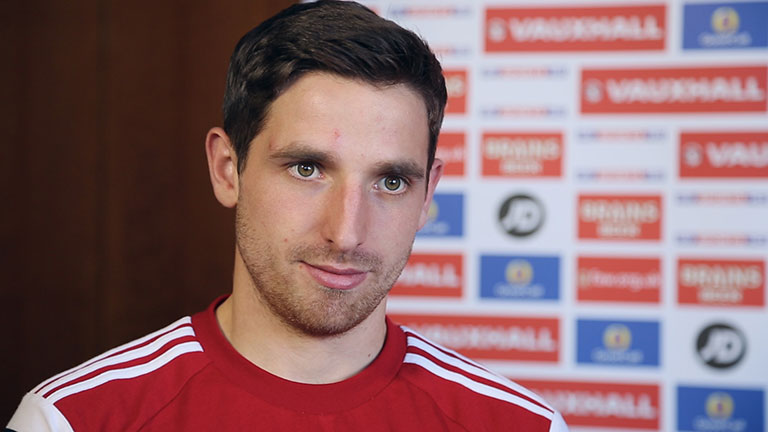 In order to unify the look of everything and make it feel like it all belonged to the same film I decided to apply an overall red tone throughout. As well as providing consistency it also reflects all the iconography of the Welsh team colours and the national flag and so on. Overall the main aim was to make the film not look like a standard sports TV broadcast but instead have its own distinct identity.

It was interesting to find that the match footage broadcast across Euro 2016 was actually very different from one match to the next. I suppose this makes sense in terms of the variety of venues and broadcast crews, but some clips could be pretty underexposed or feature an extreme colour bias. Here is a selection of sources and hopefully it is clear how my approach began to unify them: 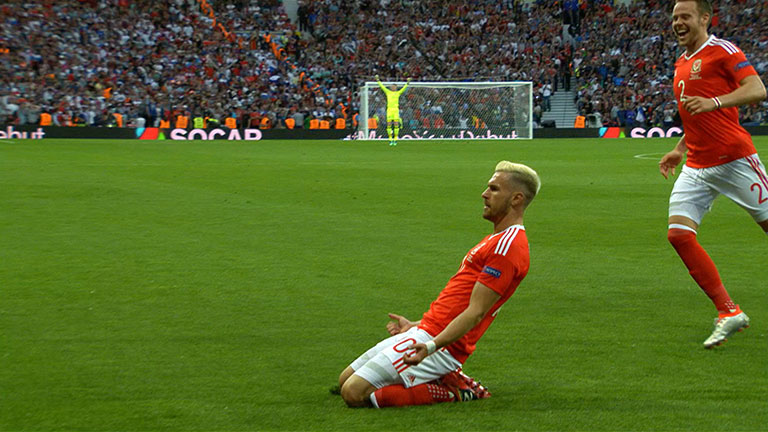 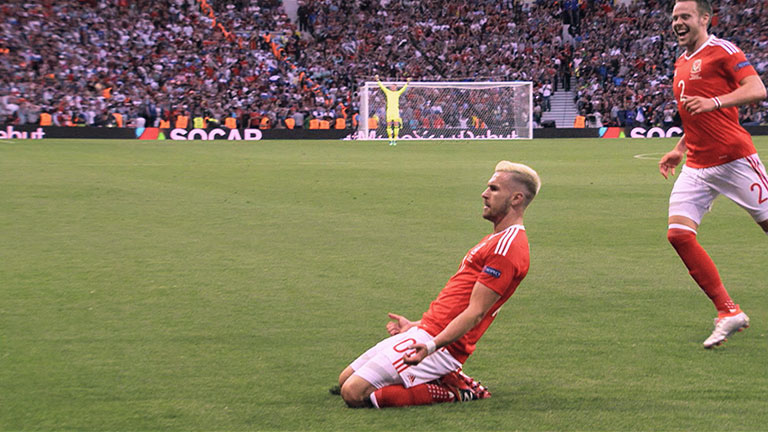 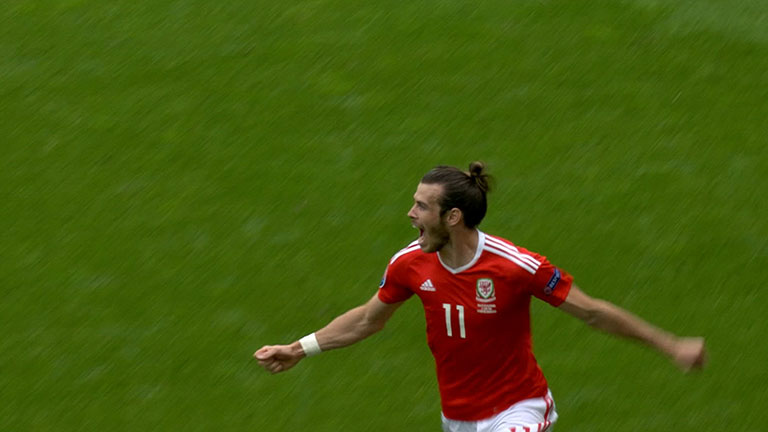 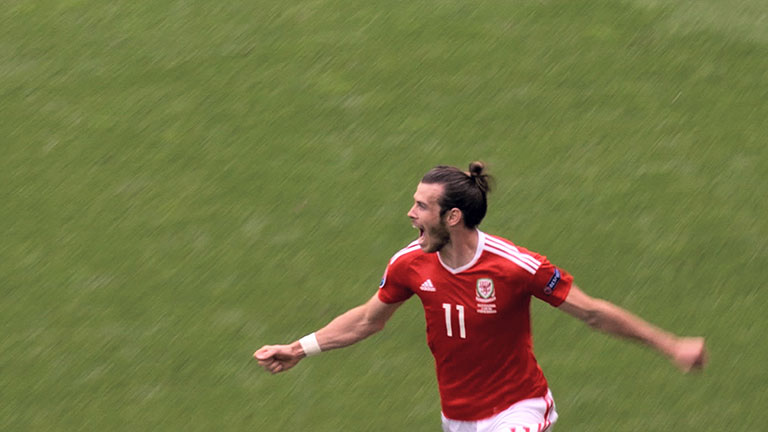 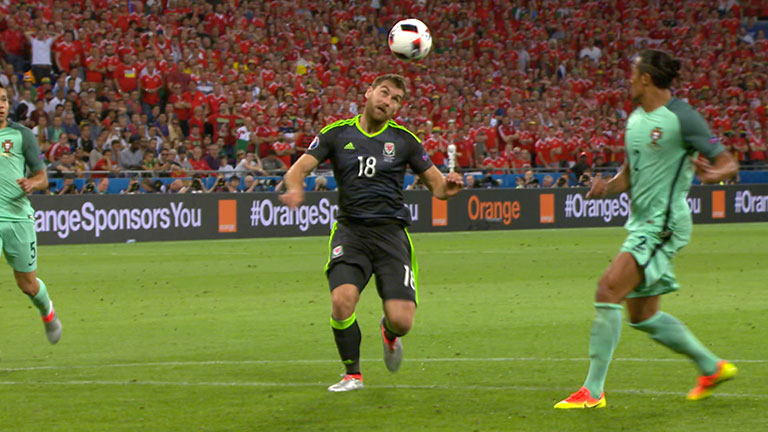 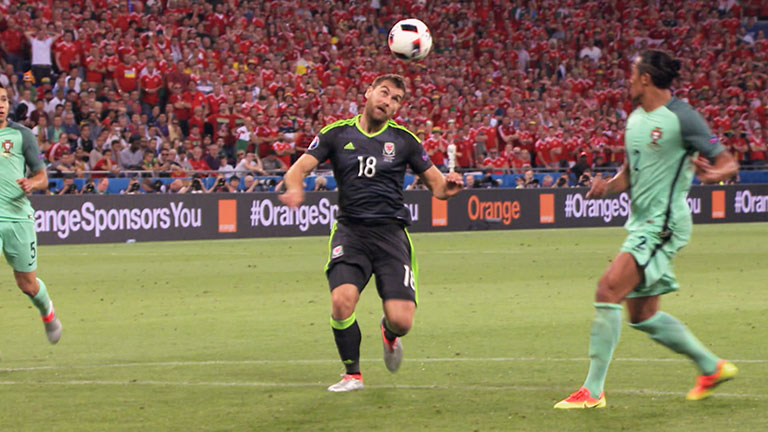 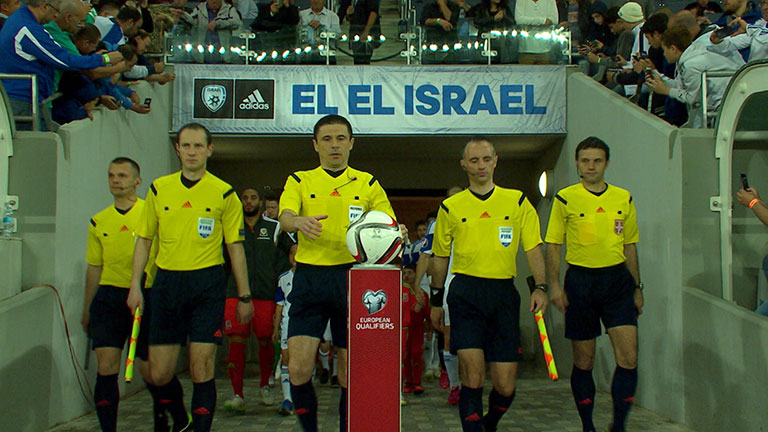 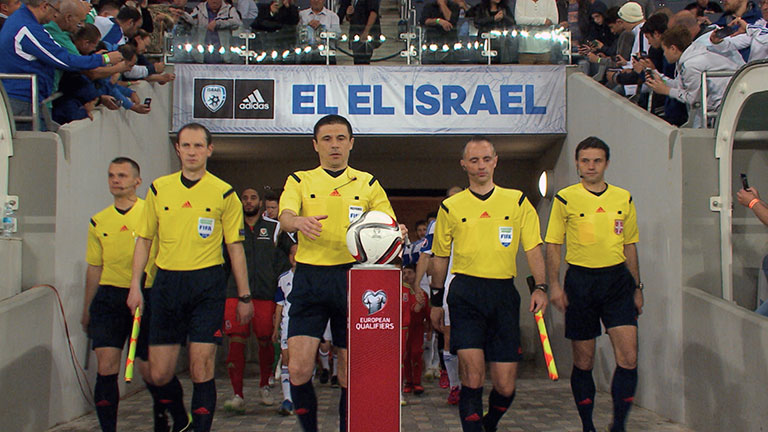 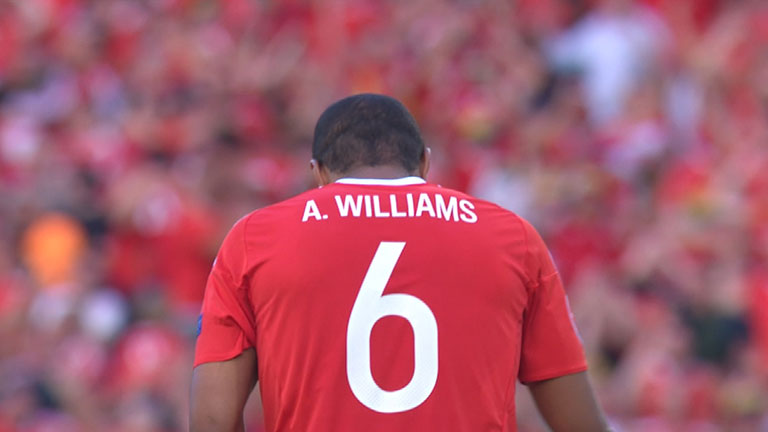 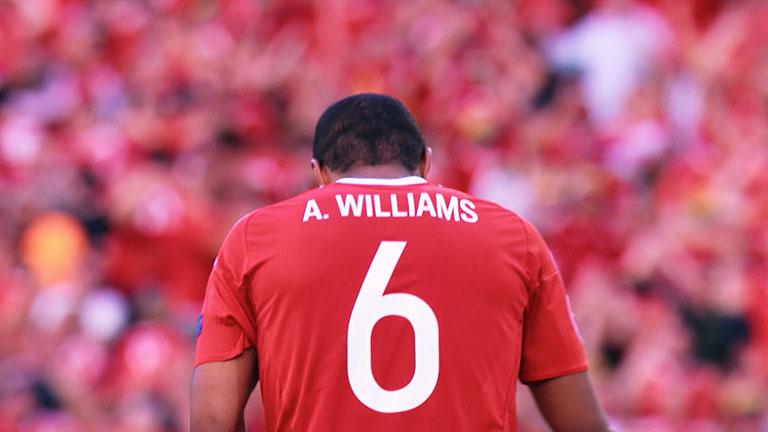 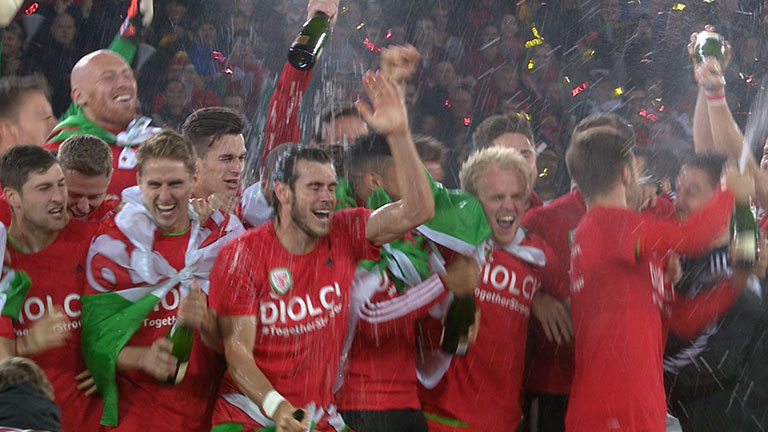 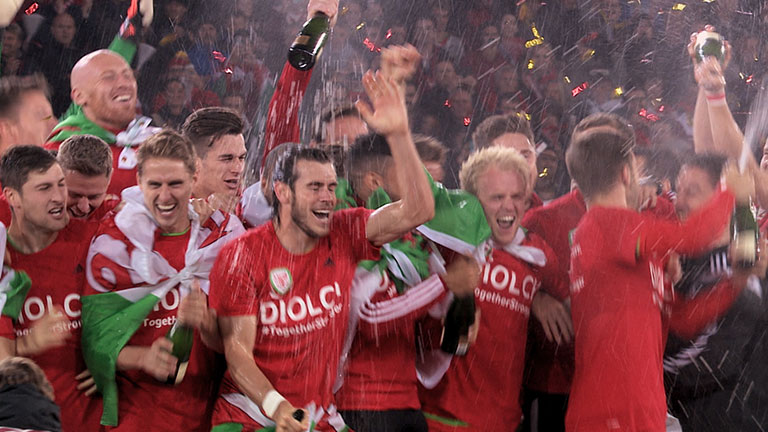 It’s true to say that much of the footage in this film was not recorded for cinema display or intended for any colour grading treatment so it represented something of a challenge, all of which had to be done to a tight deadline.

The Telegraph’s review describes the film as “wonderfully visual” which I’ll take as a great outcome for this process. Of course huge credit for that quote goes to Jonny and his editor Owen Davies, the same team behind I Believe In Miracles, for their careful selections and interweaving of all the visual elements to create the whole. The film is a co-production between FAW, Only The Best Productions, BT Sport Films, New Era Global Productions, National Amusements and Spool Films.

My step-dad happens to be Welsh and also a major sports fan, and when I showed him the film he thought it “awesome” and “so emotional”, a reaction that I’ve been pleased to see reflected in the national press and across Twitter.